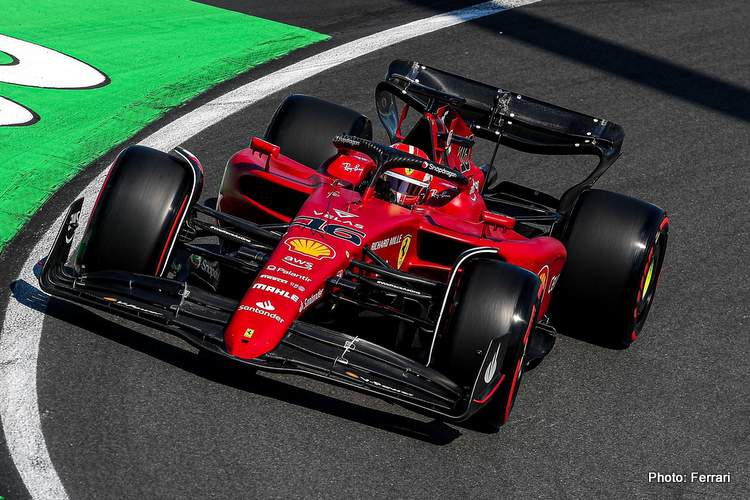 Half above headline was ‘stolen’ from Ferrari’s official report from qualifying for the 2022 Dutch Grand Prix where they were denied a front row lockout by their rival-in-chief Max Verstappen.

Ferrari were expecting to be quick at Zancvoort while Red Bull had their doubts about ther own pace, and had the other Red Bull driver Sergio Perez been their marker, the Reds would have galloped to a one-two today. But the Max-factor was again a tad beyond the Reds, Charles Leclerc and Carlos Sainz.

Nevertheless, the Italian team must feel they are in with a chance to spoil Verstappen’s party as the F1-75 is in fine fettle in Holland. The gap to the pole time was insanely close at one of the shortest venues on the F1 calendar, almost cruel as Charles was a mere 0.021s down and Carlos 0.092s adrift!

Afterwards, speaking in parc ferme, Leclerc summed up his qualy: “It was very, very close, Max did a great lap in the end. Our car was getting better and better through qualifying.

“At the beginning, I was pretty scared because Max was much, much quicker than us on used tyres, but then in Q3 the car came a bit more together and I managed to do that lap, which was close enough for P2. But tomorrow is the race and we’ll give it all.

“I think our race pace looks quite strong. It’s going to be close with Red Bull but we just need to do a great start and then we’ll see.”

Later in the team report, Leclerc continued: “As a driver, you always target pole but Max just put it together. The car balance felt a step better compared to yesterday. Q1 and Q2 were a little tricky. We tried different things on the out laps and in the end the front was a bit stronger which was good because I could push more.

Leclerc: I’m confident, though it’s a track on which it is rather difficult to overtake 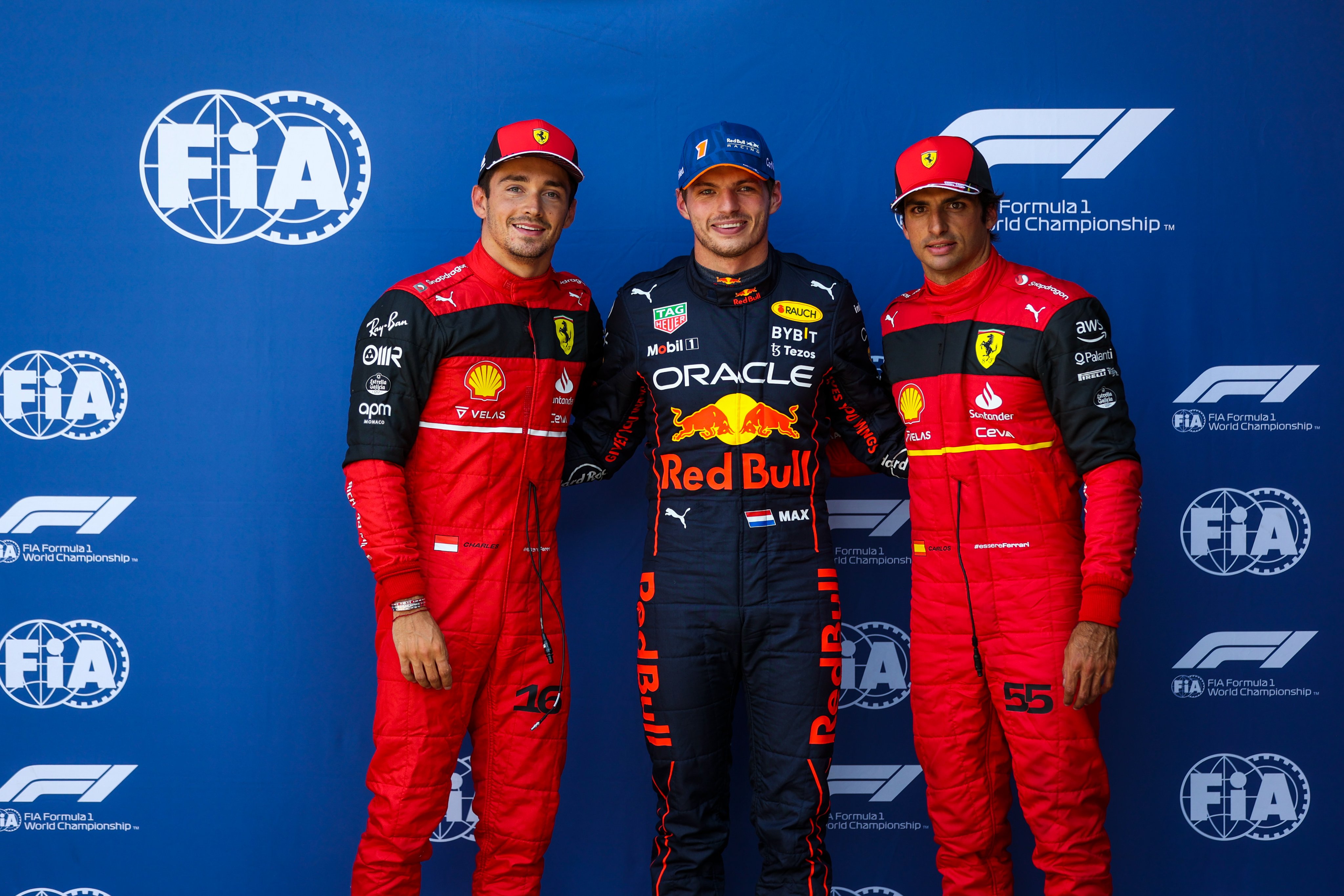 The Monegasque expects another cracker of a race: “I hope it will be as close as today and that we can have a good battle with Max,” added Leclerc, who lies third in the championship standings with 186 points, 98 behind Verstappen and five points shy of Perez; Sainz is fourth

Sainz was content but knows he is lacking a fraction te beat the two drivers ahead of him on Sunday’s grid: “It was a clean lap with no mistakes, just missing that last half a tenth to a tenth to beat Charles and Max. It was on the limit out there, every little metre of track that you could use and that you could push was counting. It wasn’t an easy qualy, but I think in the end we did a decent job.

“I think tomorrow it’s going to be an interesting day. There’s going to be a lot going on, even if it’s a difficult track to overtake, there’s still going to be many options with strategies.”

Reflecting later in the team report, Sainz elaborated: “We knew we were up for a good battle and it proved to be one of the closest qualifyings of the year. Finishing P3 within less than a tenth from pole shows how small the margin was today.

“I expect a close race with even more cars in the mix, but I’m confident we can fight for the top places. Overtaking may be a bit easier than last year and strategy will play a big role.

Sainz: We will evaluate all the available options in order to maximize the result in the race

Ferrari sporting director Laurent Mekies wanted more on the day for his team: “We can be reasonably happy with how qualifying went, but there’s also an element of regret.

“We’re pleased to be back fighting for pole position down to the nearest thousandths of a second with both our cars, but obviously, when you come that close to pole you would like to have actually taken it.

“To see Charles and Carlos come within a whisker of Verstappen, just 2 and 9 hundredths slower respectively, is a good indicator of how intense the fight was. Well done to Max for his home pole.

“One of the positive aspects of the weekend so far is that we have been able to help the drivers get more and more confident with the car with each passing session. This is down to the team at the track, including Charles and Carlos, and all those supporting us back in Maranello.

“I expect the race will be a very close battle between three teams, as even Mercedes could be in the mix and so it should be a great show for all the fans in the grandstands and those watching at home on TV.

“We know that, so far, Verstappen has had a very strong race pace and tomorrow we will try and put him under pressure to make life difficult for him, concluded Mekies; Ferrari are second in the constructors’ championship, 118 points adrift of leaders Red Bull.