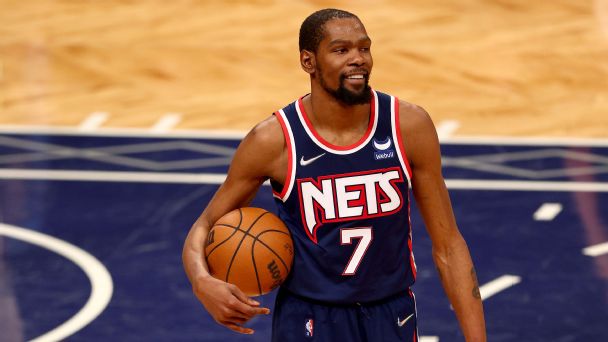 Durant joined TikTok on Friday as “2way3level” — amassing 67,000 followers by Saturday morning. The username is likely a reference to a particular kind of build in the video game NBA 2K22, an all-around superstar archetype that fits Durant’s real-life playstyle well.

It’s been an interesting offseason for Durant. After the Nets were swept by the Boston Celtics in the playoffs, speculation swirled around both his and teammate Kyrie Irving‘s futures with the team. Despite the fact that Durant signed a four-year, $198 million max extension in August 2021, sources told ESPN’s Adrian Wojnarowski that Durant asked Nets owner Joe Tsai to be traded from the franchise. It’s a definite shortfall for a team that, with Durant, Irving and James Harden, was supposed to be the next iteration of an NBA superteam. Due to a variety of factors, the trio only ever played 16 games together — going a tantalizing 13-3 — before Harden was traded to the Philadelphia 76ers.

Durant’s NBA future is still undetermined, but he hasn’t lost his sense of humor, as indicated by his first post on TikTok.