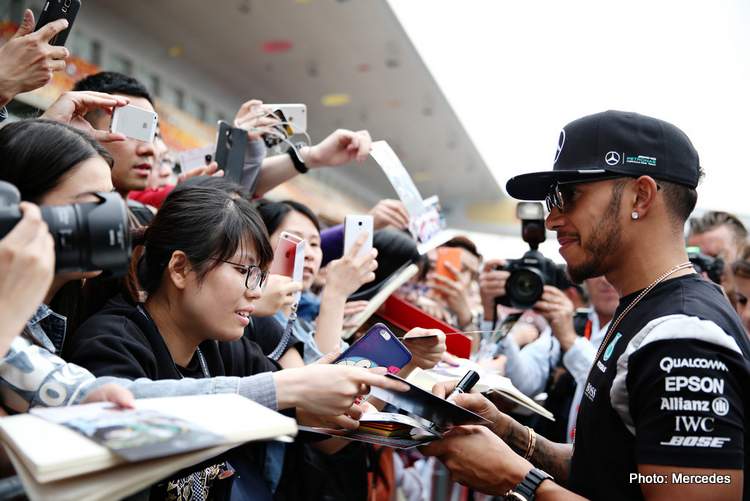 Lewis Hamilton appears to have emerged from the self-indulgent silence since his defeat to Max Verstappen at the season finale Abu Dhabi Grand Prix in December, 50 days ago.

The ominous silence has invariably prompted a barrage of speculation that the seven-time Formula 1 World Champion might quit in disgust, in the wake of a most controversial end to a Grand Prix season. After all the best seat in motorsport is up for grabs should he decide to walk.

In the video message pictured below, posted by Mercedes on the Chinese social media platform Weibo, Hamilton is seen wearing the team’s 2022 kit and saying: “Hi everyone, I wish you a Happy Chinese New Year. May the New Year bring you good luck and everything you wish for.” With teammate George Russell, also in the video, chiming in: “Hi guys. I’d like to wish you a Happy Chinese New Year. I’m excited to join the AMG family and become part of the world’s fastest family. See you soon and stay safe.”

Also today, Hamilton’s silence was (sort of) broken when Sky announced a two-year partnership with his charitable foundation Mission 44 to address the disproportionately high rate of school exclusions amongst Black students in the UK.

Sky confirmed a donation of £1-million to Hamilton’s foundation as part of a £30-million commitment to tackle systemic racism by the broadcaster.

Hamilton is quoted in the press release: “Understanding and addressing issues that lead to young people being excluded from school is really important to me. Having experienced unfair exclusions during my time at school, I understand how upsetting and stressful it can be.

“When we launched Mission 44 last year, implementing initiatives such as these was a personal priority and I am grateful to have the support of Sky to help Mission 44 take action.

“Through this partnership, I hope we can deliver meaningful change by arming schools with the proper strategies to support and empower young Black students, instead of giving up on them.”

While Hamilton’s social media accounts remain muted, this is the first sign that his year is actually evolving and the fact he is in a Mercedes video with George Russell can be construed as a sign that Lewis will be in action for the first test in Barcelona next month.

Furthermore, Mercedes will hardly have Hamilton saluting the untapped Chinese market with New Year wishes, if he will not be racing for the World Champs this year.

But you never know as the reality is he has still not confirmed he will be on the 2022 F1 grid.