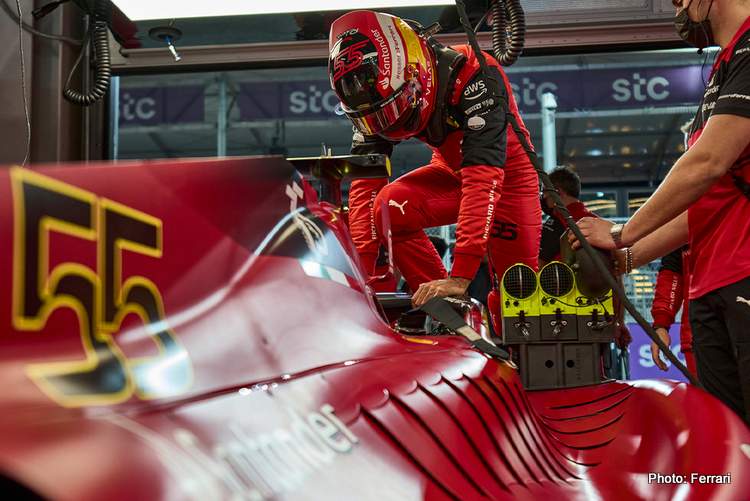 Carlos Sainz does not seem as happy with Ferrari’s F1-75 as much as teammate Charles Leclerc, and Red Bull’s Helmut Marko sees that as a disadvantage for his team in the Formula 1 Championship.

Carlos Sainz beat Charles Leclerc in his first season with him as teammate at Ferrari, but in his second year with the team, the Spaniard  is lagging behind his teammate in performance, and still playing second fiddle to the Monegasque up to now, admitting he is yet to master the F1-75.

Helmut Marko, who used to manage Sainz when the latter was part of the Red Bull young drivers’ program, sees the driver’s struggles this year as a disadvantage for the energy drinks outfit, and explained his reasoning to formel1.de.

“I was pleasantly surprised last year that he [Sainz] was on the same level as Leclerc, and I was actually hoping that it would be the same this year,” Marko began. “But you could already see it in the tests, and you could also see it in the race, that he’s missing about three to four tenths.

“And that is a disadvantage for us because we believed that the two [Ferrari drivers] would take points away from each other. That is not the case at the moment.

“But Sainz is an intelligent, fast man. I assume he will sort things out accordingly and then hopefully get a boost,” the Austrian predicted.

No team orders yet at Red Bull

Marko might be hoping for a drivers’ war at Ferrari to get an advantage, but what of the situation between his own drivers, Max Verstappen and Sergio Perez? Especially as the latter seems to be in better shape this year, and even beat his teammate to pole in Saudi Arabia, only to lose his chance of winning the race to a badly timed Safety Car

Going into details about the situation that developed in Jeddah, with the wrong RB18 being ahead, and how things panned out he responded: “There was this theory that Ferrari forced us to make an early pit stop, but that wasn’t the case .

“It was just the tyre wear on Perez was significantly higher than on Max,” Marko revealed. “Perhaps that was also due to the initial pace, because he was up to three seconds ahead at times and we had to bring him in earlier.

“Also on the hard tyre, Max’s speed was significantly higher than Perez’s, so I think that would have taken care of itself,” the Doctor reflected.

As for why Perez is faster this year, he explained: “If you look at teams, it’s different. Some drivers have gotten closer, with Ferrari it’s the opposite.

“I think with Perez, there are two factors. First the car suits him more, so he feels more comfortable. And secondly, the team knows him better.

“His race engineer has also grown with the task, so there’s more self-confidence, more know-how. And in general we are very happy that this development has taken place,” Marko insisted.