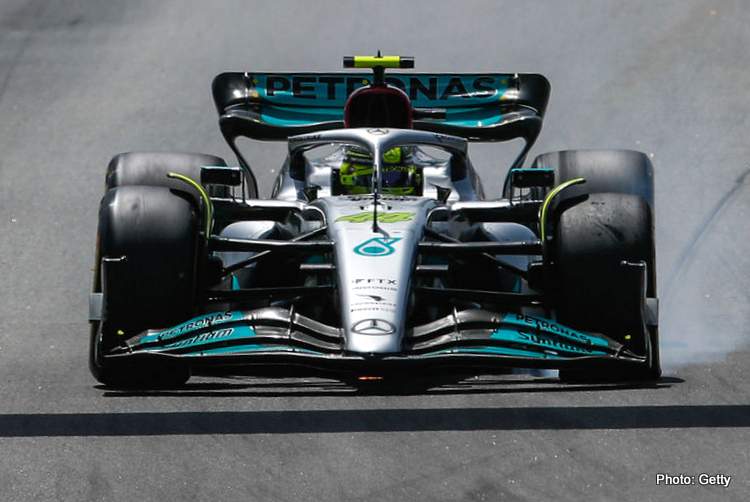 Mercedes boss Toto Wolff says his team took a major step forward in their 2022 Formula 1 Championship campaign with a much better car for their drivers, Lewis Hamilton and George Russell, and warns there is more to come.

After a disastrous first lap for Hamilton, tangling with the Haas of Kevin Magnussen and suffering a puncture as a result of the contact. The #44 Mercedes pitted for new rubber, emerging a distant second last.

A handful of laps later, a downbeat Hamilton was ready to throw in the towel: “I would save this engine guys if I was you. I’m sorry.”

Credit to the team for keeping Hamilton out with the promise of points if he stuck at it, and he did to claim fifth place, which might’ve been fourth had a water leak not spoilt his script. Also, he will have noted or will when he watches the race replay, at the sharp end, his gutsy teammate George Russell was giving the Red Bull’s hard time, with no moaning.

Had Hamilton parked it as he suggested he would not have delivered the mega drive he did on the day, but that ‘moment of defeat’ in his exasperated tone somehow does not sit well for a driver proud of having to fought for everything he has.

That near capitulation was totally out of character, however, when Hamilton switched it on and got on with hs job he was his masterful self.

Wolff explained his driver’s mindset during the race in Barcelona on Sunday: “It’s always the call when you’ve lost the race to decide what is the benefit of continuing. From a driver’s perspective you know: that can’t be possible, I’m 50 seconds behind the leaders, but we are never giving up anyway.

“In the end, the race pace was tidy. He would have raced for the win. I’m happy we didn’t retire Lewis because that was the most valuable race from us to compare the two cars, to compare their set-ups and tyres.”

“We saw this [the water leak] growing during the race and it was not clear if we would finish, and at the end it was just literally making it over the line. I’m not sure we damaged the engine,” added the Mercedes team principal.

Wolff: We’ve moved clear from the midfield, at least in Barcelona 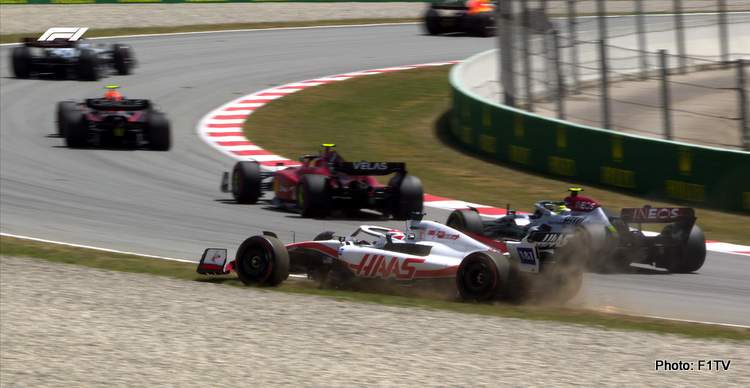 Whatever the case, the upgrades brought to Barcelona for the once problematic Mercedes W13 have solved the porpoising issue which, in turn, has made the cars more drivable and – most importantly – much closer to the pace-setting Ferraris and Red Bulls, particularly in race trim.

A corner has been turned which Wolff acknowledged in the Mercedes race day report: “It was a very pleasing weekend with lots of positive signs, even though I’m not yet ecstatic. We had a solid race to beat Ferrari, and with Lewis we had probably the fastest racecar of all.

“We need to just unpick this now, analyse the data, and try to improve step-by-step for a race win. George put up a spectacular defence to Max, the way he positioned the car was spot-on, the kind of racing we love to see and he managed the car well at the end to bring home another podium.

“For Lewis, misfortune on the opening lap but what a recovery drive from then on, fantastic. The weekend was better than expected because I am always pessimistic about things.

“We’ve moved clear from the midfield, at least in Barcelona, and caught up half a second to the front runners – we were a second off and now it’s half a second.

“We unlocked the potential of the car by tweaking things on the stops and so today was the most valuable race for us to compare the two cars, across setups and tyres. Our understanding took a big step forward and there’s definitely more to come,” promised Wolff.

An onboard look at Hamilton and Magnussen’s tangle at the start 👀#SpanishGP #F1 pic.twitter.com/urBqT68y8h