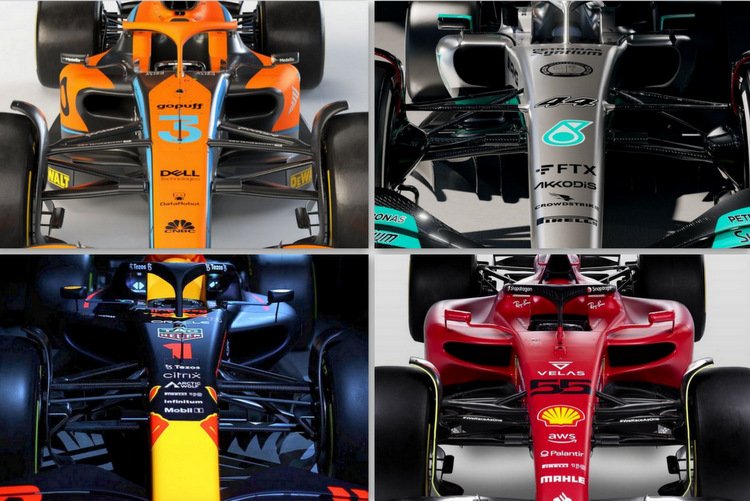 Although not much should be read into the ‘show cars’ that Formula 1 teams launched last week ahead of the 2022 season, however, does it appear that different interpretations and concepts by teams have been encouraged by the new rules which have Ross Brawn intrigued.

Quoted in a report on the official F1 website, motorsport director Brawn said of the 2022 cars seen so far and the new rules: “They will take a little while to settle in but I think we’re going to be in a far better place going forward with the type of car we’re going to have than we had.

“There’s lots of optimism for the season and I think we’ll see some interesting results this year from some of these young drivers who are coming through. They get the right car behind them, and we can all have a lot of fun.”

Brawn and his team have all along had the objective of trying to reduce the gap between the haves and the have nots of F1. Drivers with smaller teams are seldom on the podium because the Mercedes and Red Bull front-runners tend to hog it. Only force majeure (aka shunts between the leading quartet) can alter that pecking order.

Brawn is confident that the new rules address the imparity: “I think any win, any victory, has to be on merit. I honestly don’t think the regulations will change the general order of things dramatically. I think it will bring it a lot closer and I think we’ll see some of what were the midfield teams challenging.

“I think we’ll have a bigger group of competitive teams. As we know, we either expected a Mercedes or a Red Bull to win the race unless something different happened, but we’re blessed with a number of great drivers in F1 today.”

Brawn: I think there’s any number of combinations of drivers that will give us a fantastic season

The F1 boss continued: “Lando Norris, the Ferrari drivers, we’ve got George Russell in the Mercedes. I think there’s any number of combinations of drivers that will give us a fantastic season. And if there’s three or four of them mixing it up, that’s even better.

“I’m optimistic about the coming season. I think the good teams will always do a good job. They’ve got the expertise and the experience. Although I’d love to see it, I don’t think we’re going to see teams further back all of a sudden dominating this year.

“In a way we don’t want that sort of disparity or that shock, unless it’s an unusual race, because that suggests it’s all become a bit random, and it can never be random. It needs to be a meritocracy,” concluded Brawn.

If the recent launches were teasers for the 2022 F1 World Championship, then the curtain raisers are the forthcoming, preseason tests; the first of three days beginning on Wednesday at Circuit Barcelona-Catalunya.

After that, the F1 circus will jet to the Middle East for the final thee day test in Bahrain from 11 to 13 March. A week later the Bahrain Grand Prix kick starts the marathon 23-race season that the sport has planned.