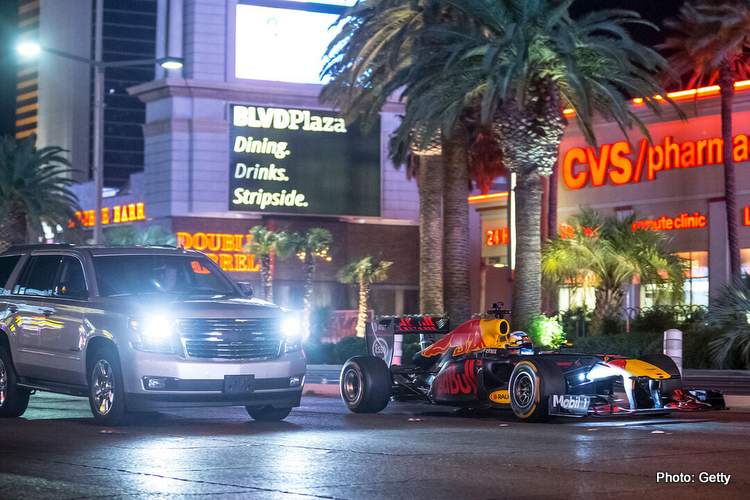 Formula 1 dipped into its own pocket, pulled out a quarter billion dollars to buy land in Las Vegas to run their Grand Prix next year, and a mega-statement it is set to be but were there better ways to spend the half-billion dollars or so it will take to make it happen.

If the hype and A-lister packed Miami Grand Prix is anything to go by, Las Vegas is being set up to blow that show out of the water when it happens in 2023. At least that’s the goal of the organisers.

Miami on the surface was all glitz and glamour, but the punters forking out their hard-earned dosh were left underwhelmed according to the New York post and other publications that picked up on the aftermath of discontent among some who attended. But that’s another story…

This piece is about, F1 having $250-million to invest in land to build a track so as to leverage boom times for the sport in the USA; the past two years with Netflix coupled with F1’s own excellent social media have certainly set the foundation to take it to the next level.

That F1 are dipping into their own pocket for this venture is a signal of intent because the Las Vegas plans are far beyond a ‘hybrid’ track that will be forgotten the week after the race, but rather dismantle into a permanent F1 themed boulevard. In other words, the storefront for the sport in the USA.

It’s a wicked plan, with substance because if it all goes pear-shaped F1 still has valuable land to offset the losses. But you can’t fault the concept under the expansionist period Stefano Domenicali and his F1 team are heading.

They have planned a 14-turn track will run for 3.8 miles (6.12km) with top speeds expected to hit around 212mph (342km/h) with three straights, a high-speed cornering sequence and a single chicane section, with the Grand Prix to be run over 50 laps.

Liberty Media F1 chief Domenicali and his team did well to rope in the heaviest hitters in Las Vegas to buy into the project and work together to promote the race in partnership with Live Nation Entertainment and the Las Vegas Convention and Visitors Authority (LVCVA).

Other stakeholders include Founding Partners Caesars Entertainment, MGM Resorts International, and Wynn Las Vegas and Presenting Partners MSG Sphere, Resorts World Las Vegas and The Venetian Resort – that’s a formidable cabal to ensure the project happens and is a success. 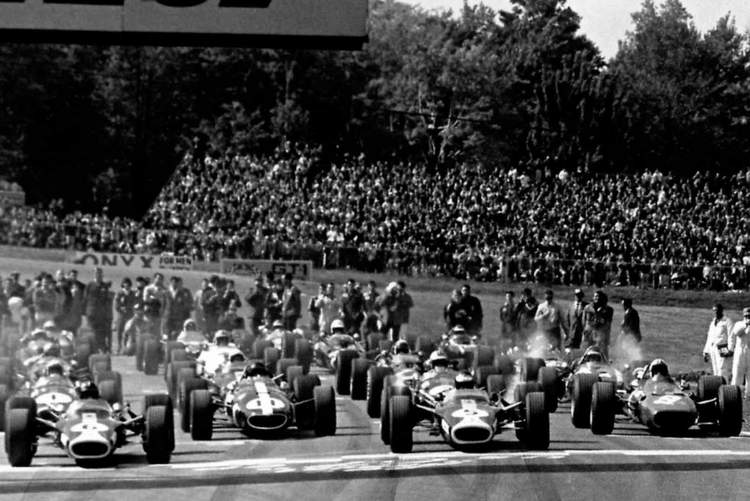 I for one and hugely excited by the prospect of F1 going to Las Vegas and doing it right but as usual I have to be the devil’s advocate – bearing in mind that half of that is to buy the land, and the other quarter billion to make the dream a reality and ask the question: Is F1’s half a billion Las Vegas project smart?

On paper yes. But how about this for an alternative?

First, let’s pause here for some background and to put it on the record. I love American race tracks, I cannot explain why but there is something about them. More rustic? More natural? Not sure. But it’s a feeling you get as you arrive in the paddock, they’re unique for me.

In the mid-eighties, I had the good fortune of being part of my mate Robbie Petersen’s campaign as a motorcycle racer contesting the AMA 250cc championship back then.

As a result, we went to several amazing racing venues as we were based in Newport Beach in California and travelled – with a long-wheelbase van transporting 250 race bike and all the kit in the back – to venues from Laguna Seca through to Loudon in New Hampshire (that’s a long way trust me!) and a lot in-between.

I recall thinking at the time, that Road America aka Ekhart Lake was amazing and would be an awesome venue to stage a Grand Prix. Now, thinking about more Stateside races more, Sebring resurfaced to F1 standards and revamped could host a Grand Prix as it did in 1959; Lime Rock too short maybe; Laguna Seca too wild? And of course Indianapolis.

But for the point of this hypothetical exercise of spending a half-billion on US race track revampment (if that’s a word) neither will be used.

Instead, I ask the question: what if F1 instead took $150-million and invested that into Daytona Speedway and the other $150-million into Watkins Glen?

Turn them into benchmark F1 standard venues, with boulevards and the whole nine yards as they will do in Vegas. Turn them into temples of F1 and then alternate the races at the two venues. Think about it…

Wake-up call and reality check: Las Vegas will happen, Watkins and Daytona for F1 won’t. But it’s worth asking if such a plan was considered as part of F1’s current big Coming to America moment. 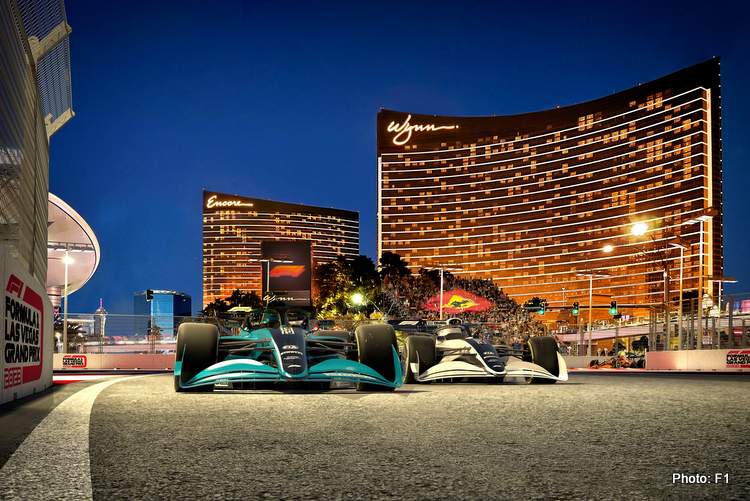 Confirmed Las Vegas it is in 2023 and needless to say McLaren boss Zak Brown is over the moon that there will be another race in his homeland: “I think Liberty has done an outstanding job with Formula 1.

“They’re trying to build their business, our business, and the fact that they’re making investments to build Formula 1 I think you can only applaud them for that. Take a look at what they’ve done.

“The revenues are growing, the race markets are growing, so they’re putting their money where their mouth is, and I think it’s great. We all benefit from it,” predicted the American.

Even Mercedes boss (F1’s Dr.No) Toto Wolff is on board: “It’s exciting that we’re going to Las Vegas. And promotion generally happens without our intense involvement. Whether you do it with an external promoter, the model that we know, or whether they do it themselves, I think they have great expertise with Live Nation.

“So yeah, I’m looking forward to the event, and clearly having an American shareholder, it’s very beneficial hosting a race in a city like Las Vegas,” added Wolff.

His former sparring partner, Christian Horner gave the Red Bull take on Las Vegas: “It’s an interesting model. And you can see it’s a route that the owner wants to go down. They also own Live Nation which puts on some of the biggest concerts and shows in the world.

“So it’s a natural evolution and I think it’s almost a litmus test for them to try this model where they control and they own everything, and they promote the event. And therefore they control all the revenues coming into the event.”

Horner: There is no downside for F1 teams

The Red Bull team boss continued: “It’s probably less of a question for the teams, because we’re, again, always going to be quite selfish about what if it generates more revenue, and it puts on a great show, there’s no downside.

“Whereas probably for the promoters, it’s a different model than for example, to what Silverstone have, so it’s probably something that they’re more conscious about than certainly we as teams are,” explained Horner.

Final word to Guenther Steiner, team principal of the only American Haas team: “Liberty did a great job over the last five years. What they created out of what they got, was a good F1 and now it’s a very good.

“If that is the next step they think they want to take to get more revenue or get better or get more control or just be bigger, I think we need to trust them, as teams, because up to now they have to live up to what they said they’re going to do when they took over F1 from the previous owner.

“So it’s their business plan, which up to now it worked for them. So I have my full trust in that what they are doing will be the next step to make it even better than it is now,” added Steiner.

In other words, team bosses don’t need to be sold on the plan, they are on board and so are we on this site, as this will be mega and a good reason to return to Las Vegas, forty years later!

But man I can’t help wondering how cool Watkins Glen would be and Daytona (yes the Roval!) decked out for F1 with a $250-million cash injection.

On that note, I will be going to research what Stateside race tracks I would refurbish with a quarter billion dollars… Sim City for race tracks!