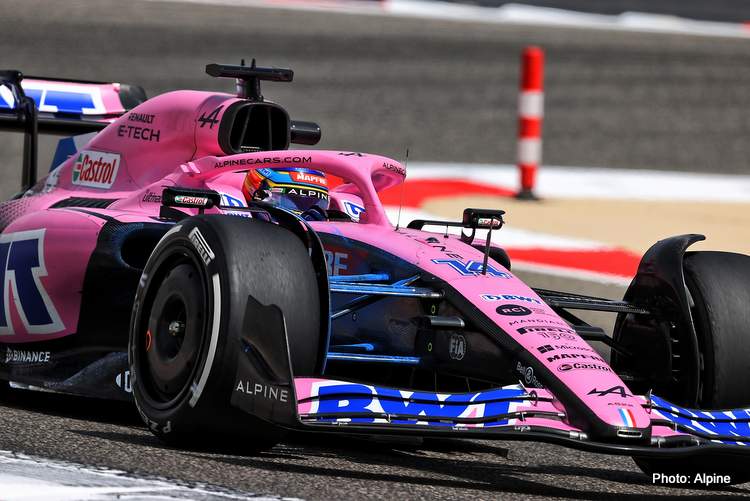 Fernando Alonso was “wowed” by the speed of the Alpine A522 in Bahrain, according to the French Formula 1 team’s Sporting Director Alan Permane.

Alpine had a tough start to their 2022 F1 season in Barcelona – neither reliable, nor fast – but seemed to have turned a corner in Bahrain’s pre-season test, albeit in the final two days, as the first was not so smooth, according to Sporting Director Alan Permane who was speaking to Spanish publication AS.

“The first day in Sakhir we could not get into a good dynamic, but the next two have gone well,” he began. “Especially on Saturday, we started to make progress with a set-up that allows us to turn the porpoising on and off when we want.

“We know why it happens and what stops it,” Permane revealed. “We know when it makes us faster or slower. If you look at other cars, Ferrari still maintains it in some circumstances. We’ve played with the suspensions, the camber (of the wheels), slipstreaming and so on. And we are significantly better.”

The team confident despite what others said

Despite onlookers feeling that Alpine – running a brand new power unit concept this season – were in trouble, Permane stressed the team’s confidence saying: “We weren’t too worried, the performance was there and we were happy.

“I’m not sure people believed us, but we hadn’t panicked. Nothing has changed. I still don’t know what the grid order is, but I know we’re there,” he maintained.

Permane revealed that Alonso was not entirely happy with the A522 over the course of the Bahrain test, but could feel the speed of the blue and pink machine as the test neared the end, the Spaniard finishing the day third fastest, with 122 laps, that is before Haas’ Mick Schumacher relegated him to fourth after the U.S. team’s extra running.

“Fernando, already on Saturday, was still not quite happy, he wants to go faster and he sees problems in the car (laughs),” the director admitted.

“He is much happier, of course. He carried for a good part of the day a high fuel load, and then with the C3 he already felt the car fast, he was saying: ‘wow, this car is fast’. He was happy, he could feel the performance of the car.”

Alpine did not go for glory in Bahrain

Permane revealed the team did not go for low-fuel glory runs, revealing the team may have some work to do to get the car in a proper performance window for qualifying, and also added that an upgrade package will be brought to the A522 in time for the Bahrain season opener.

“We didn’t put qualifying fuel, but low fuel,” he revealed. “When you start to get used to that level of grip and speed you find new problems. I wouldn’t say the drivers are in ecstasy and expect to make pole, but I hope we are in the fight, in Q3.

“We have evolutions, parts of the floor, for Bahrain. There is a comprehensive plan for the fourth or fifth race (Miami or Barcelona), when the first big package of upgrades will arrive.

“But I’m sure we will have new things for every race,” Permane concluded.

Verstappen: Not very representative of what we can do

Ferrari: We’re up front but it’s only Friday