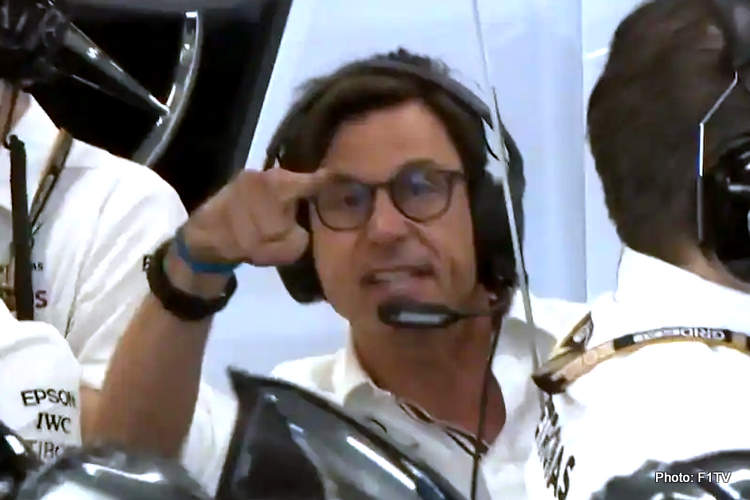 Another chapter of the never-ending 2021 Formula 1 Abu Dhabi Grand Prix is revealed, as Toto Wolff told Sky Sports F1 that he doesn’t want to speak to Michael Masi ever again.

Talk about holding a grudge, as it seems that Toto Wolff is not willing to put the Michael Masi saga behind, even after the FIA has fired the Australian following the investigation it has initiated in the wake of the 2021 Abu Dhabi Grand Prix, after the manner in which the former Race Director managed the safety car period at the end of the race, where Max Verstappen emerged a deserving F1 Champion.

Wolff was speaking in the “Duel: Hamilton vs Verstappen” Sky Sports documentary regarding last year’s title fight between Lewis Hamilton and Max Verstappen, as he described the relationship between Michael Masi and Red Bull’s sporting director Jonathan Wheatley as a “bromance” and says: “Jonathan Wheatley has done his job.

“He’s turned Michael Masi the race director, not only in Abu Dhabi but before, and probably Max owes him a lot,” Wolff adds.

Wolff wishes to move on, but won’t talk to Masi

The Mercedes boss admits he wishes to “move on” from what happened in 2021 and says of Masi: “I haven’t spoken to him and I don’t want to speak to him ever again.

“His decisions were wrong and I’m sure that he regrets them,” Wolff adds. “The FIA should have seen much earlier that there was a problem.

Wolff took to football to describe the what happened in Abu Dhabi from his point of view: “It’s like a football game that is 1-0 for one team and suddenly the referee says, ‘now it’s golden goal. 0-0, whoever scores the next goal wins’.

As for Verstappen, Wolff says: “I feel for Max. He merits the world championship… but there’s only talk about Abu Dhabi.”

Wolff, Mercedes, and Hamilton will be set out for redemption as the Briton takes another shot at achieving a record eighth Drivers’ Crown, as the 2022 season begins in Bahrain on March 20.