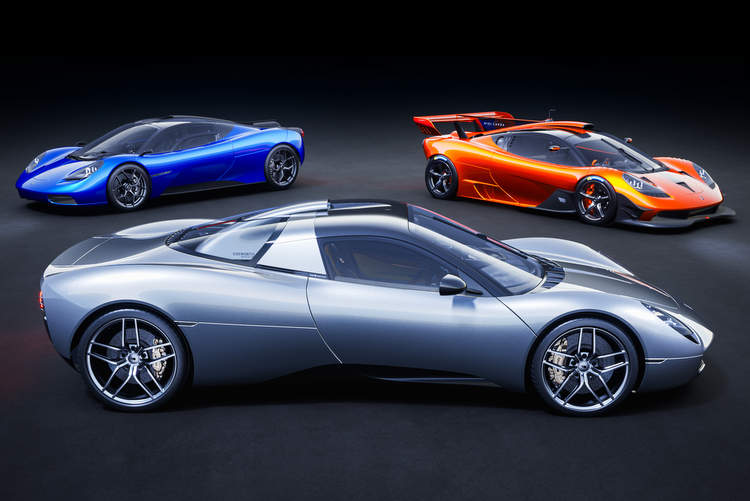 Former Formula 1 designer Gordon Murray has welcomed the demand for his T.33 supercar, with buyers snapping up the million and a half euro cars within a week of release.

Murray confirmed today: “The entire Gordon Murray Automotive team is thrilled that all 100 T.33’s have found a home so quickly after the global launch, just over a week ago, and we look forward to welcoming new owners to the GMA family.

“I am extremely proud of our team who have relentlessly applied our core principles to deliver this amazing motor car,” added the design guru.

The press release added that the company had “all of the T.33 coupe supercars, each costing €1.6-million before local taxes. Customers from around the globe have secured their allocation of the exclusive 100-unit production run.

“With a target weight of just 1100kg, the beautifully proportioned, aerodynamically efficient, timeless design of the T.33 supercar will offer the ultimate blend of performance, comfort, on-road driving experience and everyday usability,” it boasted.

At a time of great F1 designers such as John Barnard, Colin Chapman and the like, Murray was revered and among the sport’s great innovators in the seventies, eighties and early nineties. In retrospect, he was what Red Bull’s benchmark-setting Adrian Newey is to Formula 1 today.

His first project there, the F1 road car, is still regarded as one of the world’s best-engineered cars. A racing version won two world sports car championships and the Le Mans 24-hour race in 1995. McLaren Cars then completed several other successful projects culminating in the Mercedes-Benz SLR McLaren.

Gordon left McLaren in 2005 to set up Gordon Murray Design Ltd (in 2007), of which he is Chairman, which now is a world leader in automotive design with complete in-house capability for design, prototyping, and development.