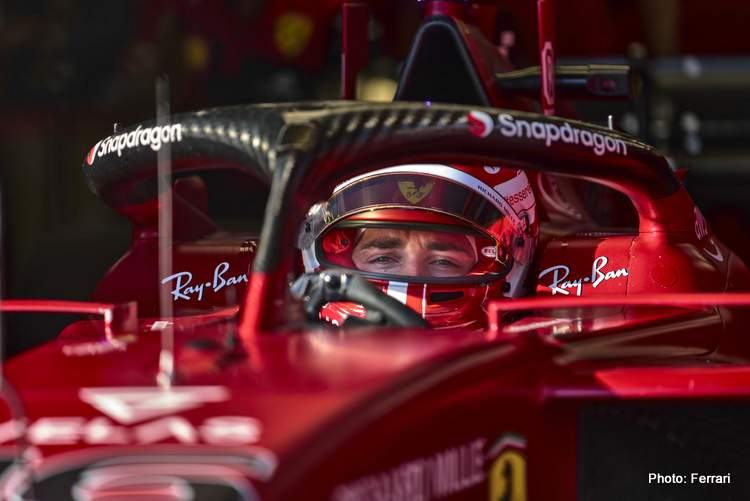 Charles Leclerc insists he will not change his approach after his crash at the 2022 French Grand Prix, since that is what gives him the edge.

Leclerc’s race ending crash in France meant he is now 63 points behind Max Verstappen in the Formula 1 Drivers’ Championship, but the Ferrari driver is not fazed by his error, and will keep pushing.

Quizzed if he would change his approach in Hungary, Leclerc said to Sky Sports F1: “No, because I think that’s what gave me the edge in most of the races this year in a way that I felt very good with the car.

“At the beginning of the year I didn’t really know how to manage it that well on some tracks, like in Miami I struggled massively in the race, but overall, I felt I got better and better with it. It’s definitely something that I want to keep for sure, because there are loads of benefits of having it,” the Monegasque explained.

“The downside that comes with it is that it’s much more difficult to drive,” he claimed. “But in the end I’m a racing driver and I need to be able to drive a car that is a bit more oversteery – which I do – but this time I pushed a bit too much in that lap and paid the price for it.”

However Leclerc insisted that he has moved on from France, and will now focus on his weekend in Hungary hoping for a strong result ahead of the summer break.

“Now having said that, that’s it, it’s passed, I need to move on and I’ll focus 100% on this race, and try to do the best possible,” he said. “I think the best possible reaction is to win this weekend and that’s exactly what I’ll try to do.”

Red Bull have been downplaying their chances in Hungary, claiming Ferrari have the edge there, and Leclerc hopes his rivals are right.

“I hope they [Red Bull] are right and on paper it [seems we’re fast] but sometimes the thing we see on paper doesn’t confirm [itself] in reality so let’s wait and see, but normally it should be a track where we should be strong, yes,” he said.

As it turns out, and if Ferrari’s performance from FP1, topped by Carlos Sainz, and FP2 topped by Leclerc, Red Bull seem to be spot on, as the F1-75 seemed to enjoy the twisty Hungaroring.

Ferrari worked on setup with weather in mind

With the expected rain in Saturday in mind, Leclerc said of his Friday: “With weather conditions likely to be variable this weekend, our main focus was on set-up work today.

“We did some race simulations too, as we may not have the chance to collect representative data in FP3 tomorrow,” he revealed.

“Though track evolution is always quite high here, it was lower than we expected today. It will be key to put the tyres in the right window tomorrow,” he concluded.

Carlos Sainz added: “It has been an interesting Friday. The car felt very good straight out of the garage in FP1 and we could put together some very good laps.

“For FP2 we tried a couple of changes in the set-up to evaluate which direction is best to take for tomorrow and the race. We lost the feeling a bit, but we are in a good place in terms of car balance and pace,” he explained.

“It looks like tomorrow might be wet, so we’ll have to adapt to the conditions. Today was a positive day for the team and I look forward to the rest of the weekend,” the Spaniard concluded.