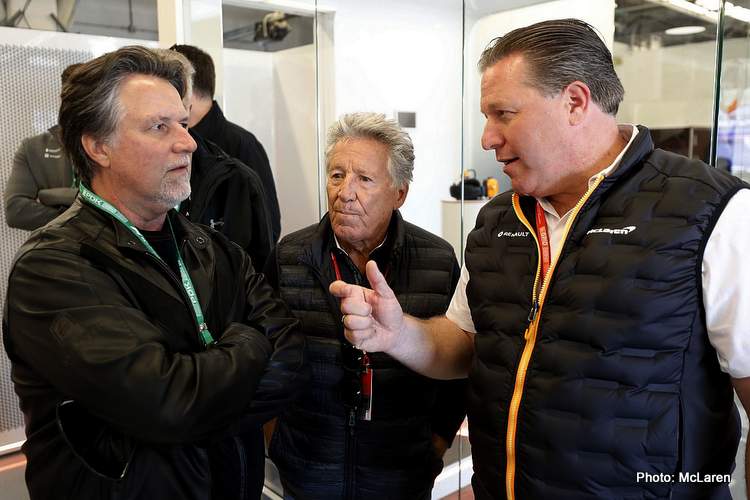 Formula 1 just can’t get enough of America, lapping up the celebrity-infused attention at the inaugural Miami Grand Prix, basking in finally having ‘cracked’ the huge USA market and the time now ripe for an American team: step-up Andretti.

But when it comes to letting America’s most famous racing family in on the action, however, the enthusiasm markedly wanes with the sport’s cold commercial calculations coming to the fore.

With Las Vegas next year set to become the third U.S. race, after Austin and Miami, and fan and sponsor interest at an all-time high thanks to Netflix’s ‘Drive to Survive’ series, there was a heady air of celebration at the Miami Gardens track.

“Mega. I think it is a fantastic achievement by all involved,” said Mercedes team principal Toto Wolff. “F1 is all around, the amount of guest requests we have is amazing. I think we’ve finally landed in North America.”

If the glamour created such a buzz, with stars such as Tom Brady, Michael Jordan, Venus and Serena Williams appearing in a heaving paddock, the prospect of racing down the Vegas strip should guarantee another year of hype for F1 in America.

“The demand from sponsors and fans has been off the charts, unlike anything I’ve seen since my time in Formula 1,” said McLaren’s American boss Zak Brown.

No surprise then that Michael Andretti, whose father Mario was the 1978 F1 champion and won the Indianapolis 500, wants a piece of the action.

Former McLaren driver Michael and Mario were in Miami, lobbying those in the sport to allow their planned Andretti Global team onto the grid.

The plan is for the team to have US drivers and an American-built car. 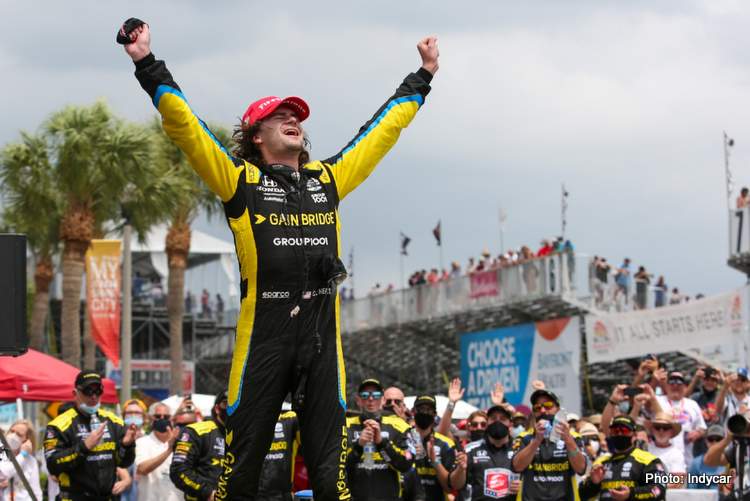 More American than F1’s existing U.S presence which is the Haas F1 teamis owned by American Gene Haas and is headquartered in North Carolina. The outfit is the sister team of NASCAR’s Stewart-Haas Racing but has no American racer and uses a car built in Italy by Dallara.

British-based Williams is owned by U.S.-based private investment firm Dorilton Capital. With none of the 10 franchises up for sale, Andretti has to persuade the sport to allow an 11th team.

The current Concorde agreement, between F1’s American owners Liberty Media and the teams and the sport’s governing the FIA, is in place until 2025 and covers the money side of the sport.

“It makes total logical sense to say that the 10 teams or 10 franchises have an intrinsic value and you dilute that by increasing the number,” said Red Bull team principal Christian Horner.

Wolff said Andretti would have to bring in additional value as well as paying a $200-million entry fee: “If one is able to demonstrate that, then we should all be sitting on the table, and cheer for such an entry. But that hasn’t been demonstrated yet.

“The value of F1 is that it’s a limited amount of franchises. And we don’t want to dilute that value by just adding teams,” insisted Wolff.

Horner said Liberty Media could reduce their own share if they wanted more teams, but Brown had no doubts Andretti would bring extra value to F1: “The Andretti name has a huge history, in Formula One, in various forms of motorsport, and I think would add a lot of value.”

“A very credible racing team with a credible brand, with the right resources, I think is additive to the sport. And that appears to be what Michael has put together. So, on that basis, we are supportive,” added Horner.

Whether Brown remains sole cheerleader for his old friend or whether F1’s turn to America leads to flexibility over expansion remains to be seen. (Reporting by Simon Evans)