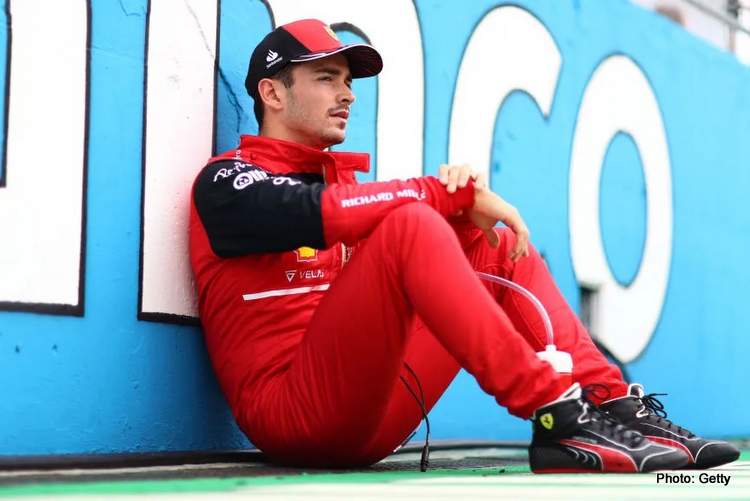 George Russell was sympathetic with Charles Leclerc, and said he felt for him after his difficult race in Hungary where a wrong Ferrari strategy call meant the Monegasque finished sixth.

Russell had a disappointing 2022 Hungarian Grand Prix as well, having started from pole and lead for some time, but ended up finishing third behind teammate Lewis Hamilton.

“Definitely mixed emotions but incredibly tricky conditions out there,” Russell told Formula 1’s Official Website. “We had rain drizzling throughout the whole race at different points, and when I was on the grid it was drizzling and we were on the soft tyres, I thought this was great because everyone around me was on the mediums!

“It was a bit tricky at the beginning and we pulled a big gap to the cars around, and I thought it was great,” he added. “Unfortunately, the rain kind of slowly stopped, the medium runners caught us up and we had to react and pit quite early, which was the right decision.

“But then it put us really on the back foot, that last stint when the rain came again on the very old medium tyres, the track was getting cooler, rain was there. It was impossible to defend against Lewis and really tricky to hold off Carlos off on the brand-new softs,” Russell explained.

“But as a team we did everything for the right reasons, it was just a shame how things panned out,” he lamented.

“I do think Charles and Max do still have the upper hand on pure pace, and I’m sure Red Bull were just cruising out front,” the Briton admitted.

“Obviously Max and I were on identical strategies, so we need to see where they were quicker than us. And he probably had a tenth and half or two-tenths on me and then obviously Ferrari going on to the hards, which was a bit of an odd call.

“In these conditions, there was no way the hards were going to work, so I do feel for Charles because he’s been doing a stellar job all season, but that’s racing and as a team we capitalised on it,” Russell mused.

The positive remained that Russell achieved his first pole position in Hungary and he credited the hard work done my Mercedes over the weekend.

“Amazing job by the team, pole position [on Saturday] and double podium [on Sunday],” he said. “We’re making progress and I’m proud of the work everybody has put into it.

“We will come back to the second half of the season with a reset, refocused and will try to fight for some victories,” the 24-year-old concluded.