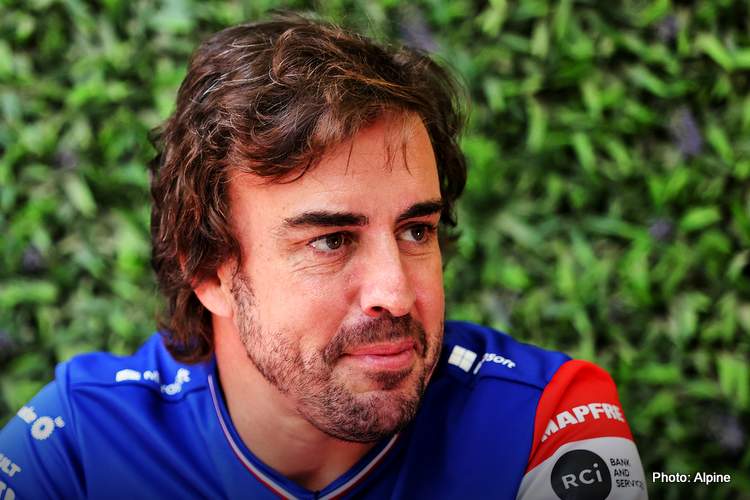 Last year in February, Fernando Alonso suffered a scary cycling crash that required hospitalisation and surgery at the time now, almost a year later, the Spaniard revealed he is currently recovering from another stint in hospital.

Alonso has had the latest surgery to remove the titanium plates fitted to his jaw after a road accident while cycling last February.

The accident occurred only weeks before the season was set to start, Alonso admitting at the time: “I was very scared. One month before the first race of the championship you find yourself in the hospital after a bike accident.”

Now, with the first comeback year under his belt, he told AS he is hoping the second season will be less dramatic: “We need a good winter, that’s for sure, I need to be prepared or prepared a little better than last year; the February accident with the bicycle did not help last year.

“I had surgery last week and I was in the hospital for a while. Now I am recovering from the operation. After that, we have to go to the winter tests with a good programme, physically and also in the car.

“And if the car is competitive, I’m sure I will be 100%. And it’s up to us to make a good car; we will do it or we will learn from our mistakes,” added the 40-year-old from Oviedo.

Alonso: Max and George stood out to me when I watch F1 on telly

Asked who has stood out to him while he was on a sabbatical, tackling Le Mans, WEC, Dakar and the like, Alonso said: “I said at the beginning of last year’s championship, before it started, in Bahrain, that the drivers who impressed me the most when I was at home watching on telly were George with the performance at Williams, and of course Max.

“Those were the two guys for whom I was turning on the television who were giving something extra. Daniel was also there and because I was with Renault, the car interested me a lot last year. Now you see first-hand how the Enstone factory has evolved,” explained Alonso.

Apart from fighting to get a third F1 world title this forthcoming season, there is a chance he will return to Le Mans to try and win the great endurance race for a third time.

Alonso acknowledged: “Yes, it’s in the plan. I don’t know when or with whom but I love that race and its atmosphere. I love Endurance in general. It’s the essence of racing.

“I think Le Mans is obviously the best race. But I also had fun at the Spa 6 Hours, at Fuji, at Bahrain, at Daytona… I think that Endurance is probably the true DNA of motorsport,” added the Alpine veteran who will start his 334th Grand Prix when he lines up for the season opener in Bahrain on 20 March.